We’ll soon mark the five year anniversary of the financial crisis of 2008. It continues to affect the economy even as the Federal Reserve seeks to wean the capital markets from monetary stimulus.  What should investors expect in the near future? Winthrop Capital assesses the impact of the crisis and addresses the structural problems that may inhibit sustained economic growth. There is some good news about the gross domestic product, reaching a better-than-expected estimate of 1.7% for the second quarter, although it is tempered by a downward revision of GDP in the first. Advisor Perspectives charts the results with graphs. Turning to the global markets, Stratfor Global Intelligence looks at the growing concerns about the Chinese economy and its effect on international markets. The mainstream media are increasingly reporting on the results of China’s economic policies.

Economic & Capital Market Summary– We are approaching the five year anniversary of the beginning of the Financial Crisis. By this time in 2008 we had already experienced the complete seizure of the Auction Rate Preferred securities market and the takeover of Bear Stearns by JP Morgan Chase. In August of 2008, we would see the collapse of Lehman Brothers and the government takeover of AIG.  This article from Winthrop Capital summarizes where we’ve been and what to expect in the future. http://advisorperspectives.com/commentaries/winthropcm_073013.php

GDP Q2 Advance Estimate Beats Expectations At 1.7%– The Advance Estimate for Q2 GDP was a better-than-expected to 1.7 percent. However, Q1 GDP was revised down from 1.8 percent to 1.1 percent.
http://advisorperspectives.com/dshort/updates/GDP-Current-Release.php

Recognizing The End Of The Chinese Economic Miracle– Major shifts underway in the Chinese economy that Stratfor has forecast and discussed for years have  now drawn the attention of the mainstream media.  Stratfor summarizes what is going on in China and how it may impact the global economy.
http://www.stratfor.com/weekly/recognizing-end-chinese-economic-miracle

We hope you enjoy reading these articles along with us and that you find them informative.  Please forward this to your friends and family.

Disclosure – The articles mentioned in Mid Week with Day & Ennis are for information and educational purposes only. They represent a sample of the numerous articles that the firm reads each week to stay current on financial and economic topics. The articles are linked to websites separate from the Day & Ennis website. The opinions expressed in these articles are the opinions of the author and not Day & Ennis. This is not an offer to buy or sell any security. Day & Ennis is under no obligation to update any of the information in these articles. We cannot attest to the accuracy of the data in the articles. 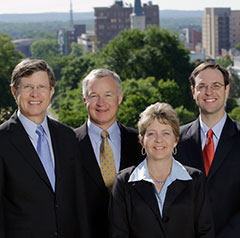